Have you heard your favorite Christmas song yet? Mine is Nat King Cole's "Christmas Song". Thanks to cable t.v. - we get to watch all the Christmas movies our husbands can take. I admit to never missing "It's a Wonderful Life", "Rudolph the Red-Nosed Reindeer" , "A Charlie Brown Christmas" and "The Grinch Who Stole Christmas ( the original Boris Karloff version). Yeah Christmas !!!!!
Well, I guess since I am writing for Cowboy Cleaners I need to mention something to do with clothing ( because the rest of this is just interesting stuff about Christmas) so as you know Santa wears red and white velvet suit. But the elves ( being the good workers that they are) make sure the dyes are set and the red doesn't bleed unto to the white. That is why Santa can wear his suit in any weather and the suit still looks good. If however, you should decide to purchase a suit similar to Santa's - be sure to check the dye to make sure it doesn't bleed and run - last thing you want is a red body for Christmas. Also, don't forget to bring the tablecloths in after use.We need to get the stains out as soon as we can. And while everyone makes fun of them - WEAR YOUR CHRISTMAS SWEATER!!!!! I don't care if Stacey and Clinton on "What Not To Wear" say they are awful and unfashionable - CHRISTMAS SWEATERS ARE FUN. But be sure to clean them after you wear them because a stained Christmas sweater is not fun. You only wear them a few times a year - so make sure to clean them and properly put them away. OK clothing talk is over.

So here's the Christmas Myths and Legends :

The German Christmas Pickle - you hide a pickle shaped ornament on the Christmas Tree. The person who finds it get an extra present. Today there are lots a glass pickles sold throughout the country. Only problem - The people in Germany have never heard of the Christmas pickle . They don't hang pickles on their trees. So is this just an ornament conspiracy between the glass factories and Vlasic? Well here's the pickle story - A soldier in the Civil war named John Lower was born Hans Lauer in Bavaria in 1842. He was captured during the war and sent as a prisoner to Andersonville,Georgia. In poor health and near death , he begged a guard for one last pickle before he died ( OK me I'd go for banana cream pie - but he wanted a pickle).The guard took pity on him and gave him a pickle. John said that the pickle- by the grace of God- gave him the mental and physical strength to live on. Once he was reunited with his family John began a tradition of hiding a pickle on the Christmas tree. The first person who found the pickle on Christmas morning would be blessed with a year of good fortune. Nice story ! But there is also this one - glass ornaments were produced in Germany as early as 1597. The Lausche company was know for is glass blowing making drinking glasses and glass containers. In 1847 they started making glass ornaments in the shape of fruits and nuts. Soon they were exporting these ornaments through out Europe and the United States. And today, they export the glass pickle - with the pickle tradition story along with it. So hang a pickle if you want - but there is no German pickle tradition .
Poinsettia plants are poisonous. Nope!!No deaths have been reported as death by poinsettia. A 50 pond child would have to eat 1.25 lbs of poinsettia bracts ( about 500-600 leaves). Apparently, poinsettia leaves are extremely bitter - so it is unlikely any animal or kiddo will eat more than one bite. So do not fear the poinsettia - your kids and pets won't be munching on them and you can decorate with them to your hearts content. ( OK I fell for this for a while and spent a few year poinsettia free and franky drably decorated - but no more!!)
Did you know our friends to the North (Canada) has a zip code for Santa - yes they do. All letters to Santa can be sent to the North Pole or Santa's workshop or no address at all - as long as the letter has the zip code - it will get to Santa. The zip code is HoH oHo!! Santa has had his zip code since 1982 in Canada. Each year Canada Post receives over 1 million letters to Santa at his personal zip code. Each letter gets to Santa and is answered ( in language it was written) . Letters to Santa come from all over the world to Santa at the HoH oHo zip code. So parents now you know - and we wonder why our postal service is losing money.
Haven't we all sen the movie "A Christmas Story". All Ralphie wants is an official Red Ryder BB gun. But everyone tells him no because he'll shoot his eye out. So will a BB gun shoot your eye out. No!! In order for a shooter have a BB reach his or her face the BB would have to ricochet off something. And I can try to explain this scientifically ( but frankly i can't) but there would not be enough force or speed on a ricocheted bullet to literally pop some one's eyeball out. Depending on where it landed it could injure an eye - but chances are you would have closed your eyes by then and maybe a bruise. Now if for whatever reason you put the butt of the BB on your eyes before your shoot - aside from being incredibly stupid - you would have one heck of a shiner but the eye would still be there .Most folks who have been shot in the face ( through freak accident)
ends up with a few stitches and temporary loss of sight. But the eyeball is intact. So properly supervise any child using a BB gun or airgun to prevent any accidents but rest assured they will not shoot an eye out.

So now your Christmas quiz:(answers at the end)

1. Modern descriptions of Santa as a jolly fat elf wearing a red and white suit.with a twinkle in his eye and rosy cheeks was inspired by:
a) Coca Cola advertising of the 1930s
b) the poem "A Visit from St. Nicholas"
c) drawings of the 19th century artist Thomas Nast
d) all of the above

2. Rudolph the Red-Nosed Reindeer was originally created as holiday promotion for Montgomery Ward
a) true
b) false

4. According to legend the first person in history to decorate a fir tree with Christmas lights ( at that time candles) was
a) St. Nicholas
b) Martin Luther
c) king Henry VIII
d) St Augustine

5. The Christmas carole "The Twelve Days of Christmas " was composed as a secret catechism for British Catholics during the Protestant reign of Queen Elizabeth I
a) true
b) false

6. Know today as Santa Clause, the 3rd century monk St. Nicholas came to associated with Christmas because
a) he was venerated for his piety and kindness
b) he died in December
c) he was known as a protector of children
d) he gave to the sick and needy
e) all of the above

7.The day after Thanksgiving known as "Black Friday" is literally the biggest shopping day of the year in the U.S.
a) true
b) false

8. The tradition of "decking the halls" with boughs of holly originated from
a) propaganda from the horticulture industry
b) the need in the olden days to preserve plant life from the harsh winter weather by keeping it indoors
c)) the superstition that bringing greenery into the house during winter would ensure the greeneries return in the spring
d) to add a little color to the dull medieval decor

9. The shape and color of candy canes were originally intended to symbolize the purity of Jesus and the blood he shed on the cross
a) true
b) false

10. The tradition of hanging stockings by the chimney was inspired by
a) the belief that stockings symbolize Santa's bag of toys
b) The legend of St. Nicholas, who is said to have provided dowries for 3 poverty stricken sisters by dropping gold coins down the chimney and into their stockings
c) the story of the Baby Jesus , who had no stockings

11. Poinsettias are poisonous if eaten
a) true
b) false

For those who are wondering - did she make this stuff up - nope! so thanks goes out to Snopes.com. ,Moviefone, and David Emery.

MERRY CHRISTMAS from all of us at Cowboy Cleaners. Have a safe and happy holiday. Happy New Year and may it be a prosperous year for us all. May God bless you . your family and the Untied States of America.
Posted by cowboycleaners at 12:17 PM No comments: 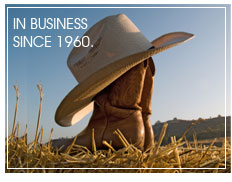